How to Choose a Good Roofer

Despite how critical well-functioning guttering systems are to the structural integrity of the roofs they are attached to, not many homeowners pay keen attention to the condition of their guttering systems. And this negligence is not limited to the gutters alone, as the downpipes tend to be the most overlooked parts of these systems. Certainly, downpipes tend to be unproblematic. As long as they are not clogged, they will redirect moisture as they are supposed to.

Problems arise, though, when the downpipes steadily become compromised, and this goes unnoticed since it can lead to multiple issues such as roof damage, foundation damage, wall damage and more. That being said, it is fundamental that you know how to spot the signs of jeopardised downpipes so that you can hire a roofer for repairs or replacement as soon as possible. Below are a couple of red flags signalling that your downpipes require professional attention.

Cracks on the downpipes

In recent years, there has been an upsurge in the use of PVC downpipes, and this can be credited to the array of advantages that this material offers. To begin with, the smooth surface of this material makes cleaning the downpipes a simple task since debris will not have much traction inside them. In addition to this, PVC is a lightweight material so the cost of transporting and installing these downpipes is affordable. Nonetheless, when compared to metal supplies, PVC downpipes are quite thin.

As a consequence, these downpipes are vulnerable to physical damages in the form of cracking and splitting, more so when exposed to impact. If these damages are not identified and addressed promptly, the downpipes will leak water, and the moisture will gradually damage your exterior walls. Before you know it, you will find unsightly discolourations forming on the walls caused by water stains, mould and so on. Replacing the downpipes will be the best way to mitigate further damage to your house.

Visible corrosion on the downpipes

Simply because PVC downpipes have steadily made their way into Australian homes does not mean that metal downpipes are obsolete. There is still a good number of households that are reliant on metal downpipes, and this is because they have a long lifespan. However, this longevity can be severely curtailed when the downpipes start to rust, which stems from a couple of reasons. For starters, if the downpipes are blocked, water begins to collect inside them and this will eventually corrode these structures from the inside.

Secondly, scratches and dents on the metal downpipes will jeopardise their surface, which increases the likelihood of corrosion. Typically, metal downpipes tend to be sectional, so if the corrosion has not spread, a roofer can easily replace the damaged section and restore functionality to the downpipes. Conversely, if the rust has spread substantially, a complete replacement of the downpipes would be necessary.

For more information on downpipes, contact a professional near you. 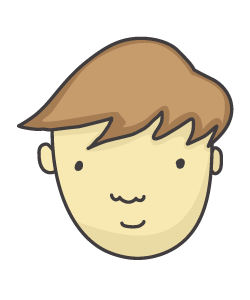 As a landlord, I know that good tradies are hard to find. Everyone talks the talk, but not everyone walks the walk. Problem is, if you don't have the skills, you can't do the work yourself. It can also be hard to check up on a job when it's done. After all, if you call a roofer out to fix a problem with your roof tiles, you're hardly likely to get up there at the end of the job to check that everything is OK. I've learned a lot about choosing roofers for my properties, and I think I've got it down pat now. To learn how to find and hire the right roofer for your job, have a browse through my tips.